"Making music is what I love the most, being surrounded by sound pretty much every day." Marco Sonzini is responsible for capturing the recording, mixing and the choice of equipment in the Speakeasy Studios, a recording studio in Los Angeles. As a teenager he had a band but would have never thought to be working with rockstars one day. "And it's something that growing up I would have never imaginend it would become my job." 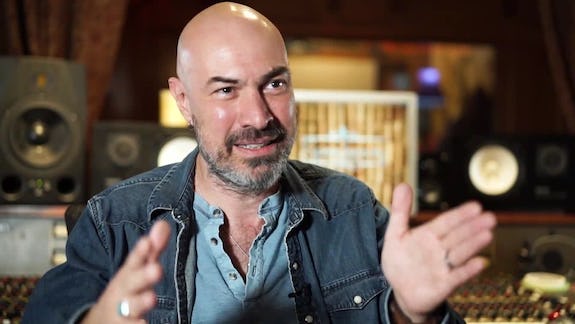 “I love so much about my job, but to pinpoint one thing, it's the sort of miracle that happens from coming into the studio one day and having nothing and then little by little seeing a song, that is basically an invisible idea that forms into reality.” For Saverio Principini, the process of creating songs that touch people's hearts is the coolest thing about working as a music producer and songwriter. “A music producer is someone who works in a recording studio and their primary goal is to arrange, record ad produce music and get it fro the raw stage of a song into a final recording. ”