Johannes Wally
Senior Lecturer
bei Universität Graz
Bitte melde dich an, um das Video zu bewerten!
Dozent*in
Bitte melde dich an, um den Beruf zu den Favoriten hinzuzufügen!
Zur Anmeldung
Karriere Level
Angestellter*e
“Be selective, with regard to who you listen to. People are really generous in giving advice, even if you don’t ask for it. Ultimately it’s your own call“, would be Johannes Wallies main advice to his 14-year old self. As a Senior Lecturer at the Universität Graz, he is teaching language classes at the department of english studies and cultural study classes. The Coolest thing about his job is the “english language probably. I’m a bit weird – as soon as I start speaking English, I feel happy. Which actually makes me happy, when I work.“

My name's Johannes Wally, and on my business card is written senior lecturer.

I teach English language at the department of English studies, to people who are doing their bachelors or masters, or taking their teaching degree. I'll also be doing some cultural study classes. So that's what I do. On a teaching day, I would basically teach up to eight hours, because I like doing this in a condensed way, so I have more time during the week for some research. So, I would go into class, start doing some grammar classes,, then do some correcting, do some counseling with students that need some sort of advice. It's a pretty regular schedule really. I do a bit of writing actually. So I research for articles, and I've just published my PHD, so that is a major part of my work as well. Also, if you wish to take for instance the university qualification exam, but you do not have an adequate qualification, then you come see me and I might help you out. So you can take the test with me.

Well, I was born and raised in Vienna. I spent some time in England and also the United States. I studied English language and German language and literature. Then taught for a year at school, then felt this wasn't quite what I wanted to do. So I switched entirely, and took a degree in European law and business administration. Then I worked for four years at Statistics Austria, where I worked at the assistant to the director general's statistics, which was quite fascinating, because I would go back and forth between Vienna and Brussels and other places. Then I decided that I wanted to go back and do something with English. And So I applied for a job here, and I have been working at the department of English studies of the University of Graz for five years.

Yes, it would be possible, and no. What you will need to have is some sort of language degree, English language degree and possibly a teaching degree. You don't need the rest really. I think the soft skills you need, a certain degree of empathy, which you always do when you teach, when you want to explain something to people. You need to realize that people have different backgrounds, and people have different ideas in their mind. So, explaining something is a way of cooperating really. At least to my mind, it's not necessarily a top down approach. So you will need to have a certain degree of empathy I suppose.

The English language probably. So I'm a bit weird, as soon as I start speaking English, I feel happy, which actually makes me happy when I work.

Well, the restriction that I see is that I mainly teach and sometimes I would like to do more research.

That's an interesting question and I think I would start by telling my 14 year old self not to believe too much of the advice other people tell you. So I would say something like be selective with regards to who you listen to, so people are rather generous with giving advice even if you don't ask for it. But ultimately, it's your own call. I suppose the other piece of advice is be persistent, so find something you really love doing and go for it. Just do it and try to get better every day and it might work out. I think it will work out definitely. It will derive satisfaction, and perhaps even a career from it. Perhaps last, and most importantly, be kind. Don't have people walk all over you, but if you're kind with yourself and with others, it usually works a whole lot better than if you're angry. 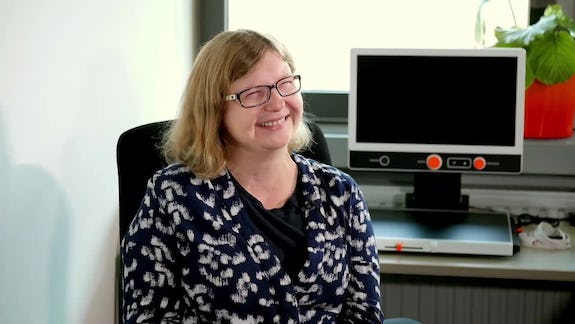 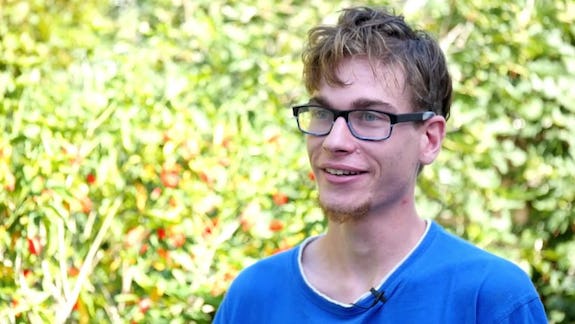 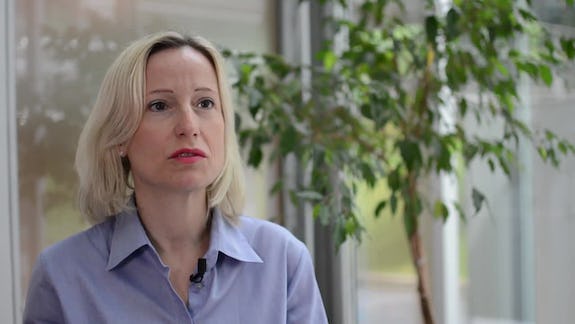 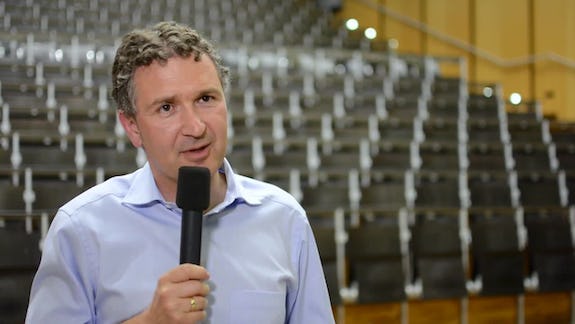 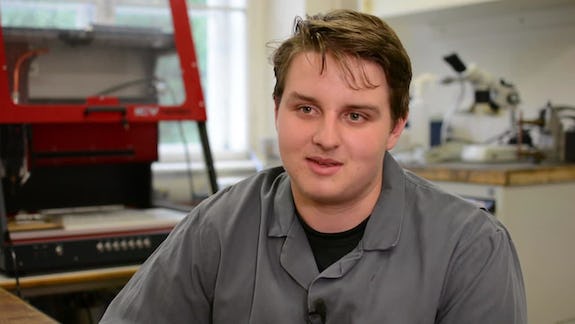 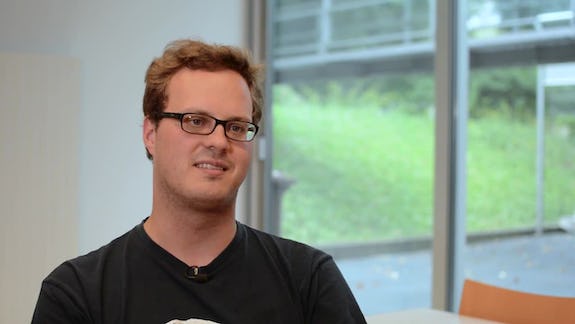 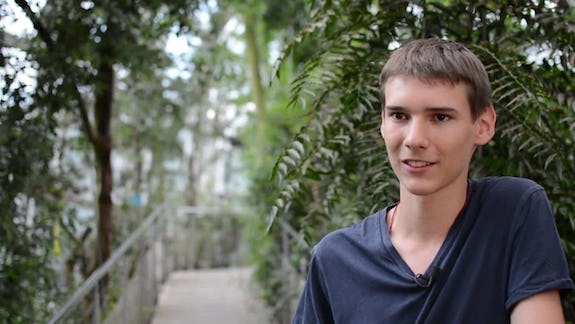 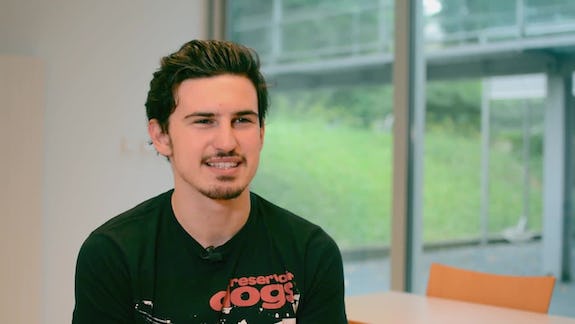 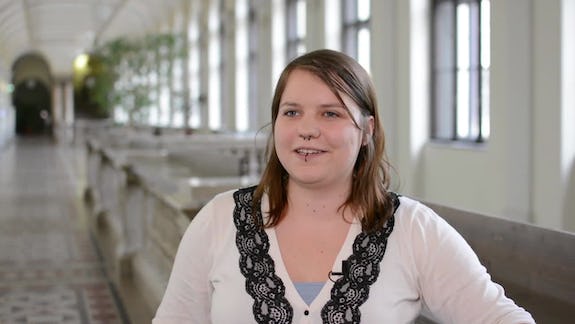 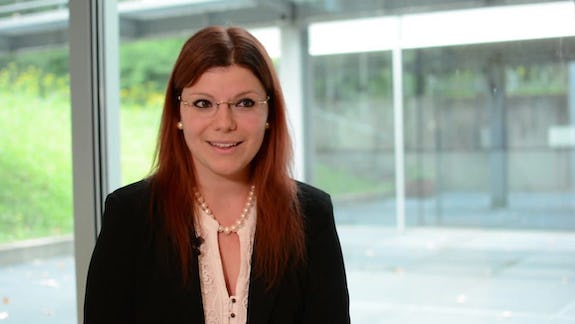 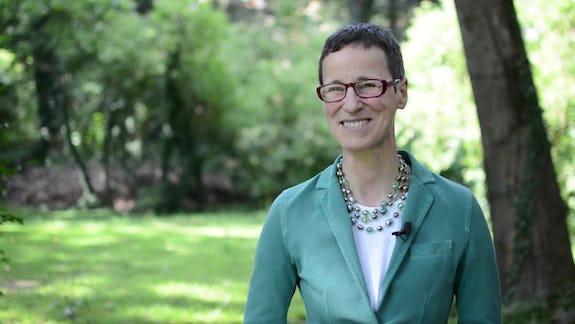 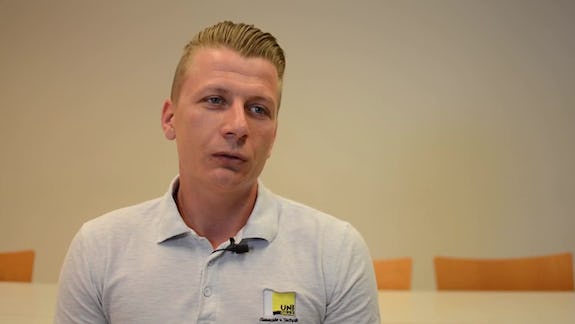 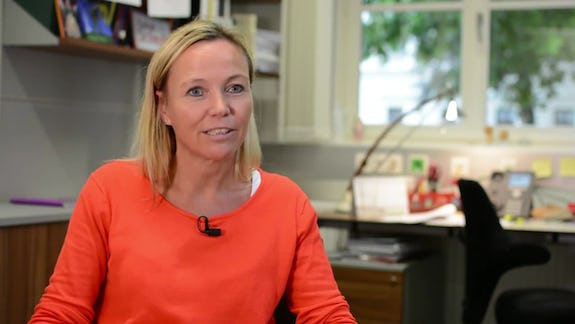 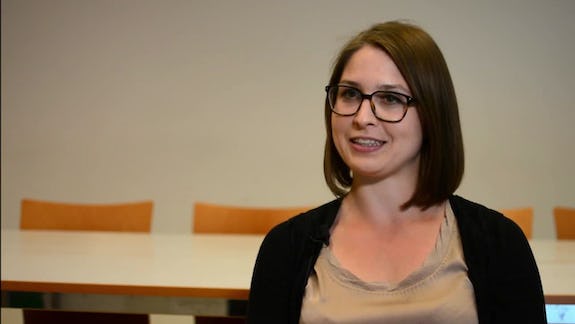 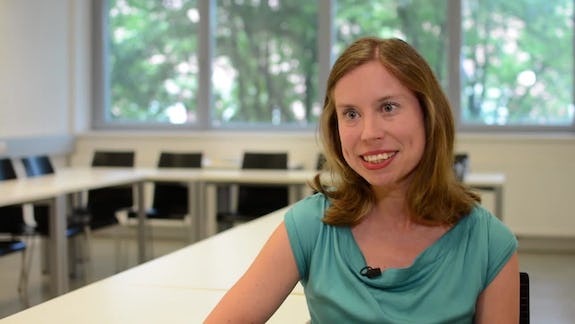 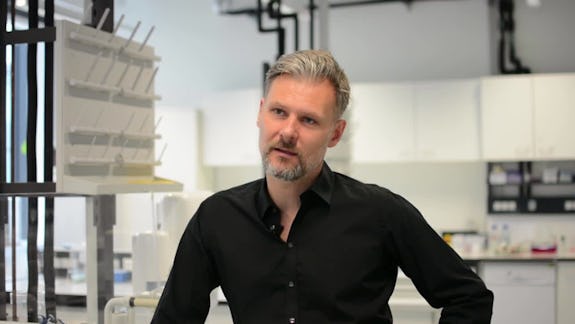 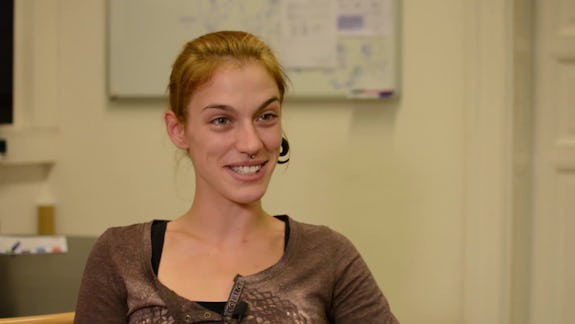 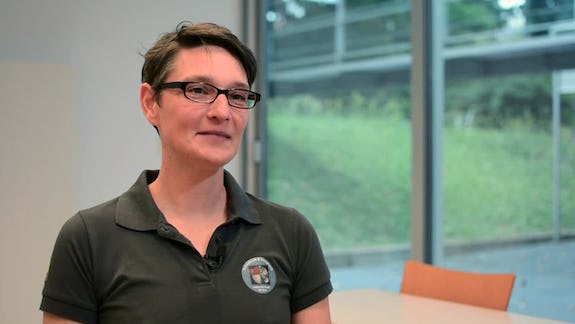 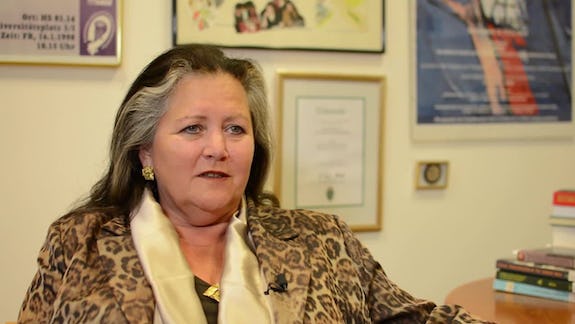 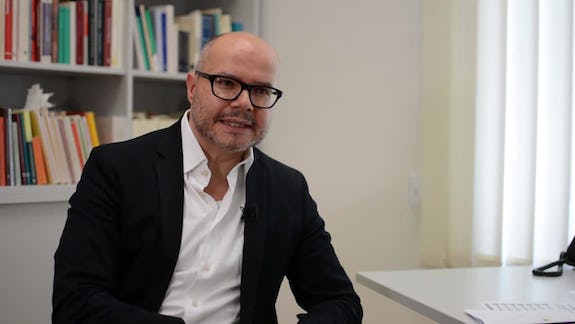 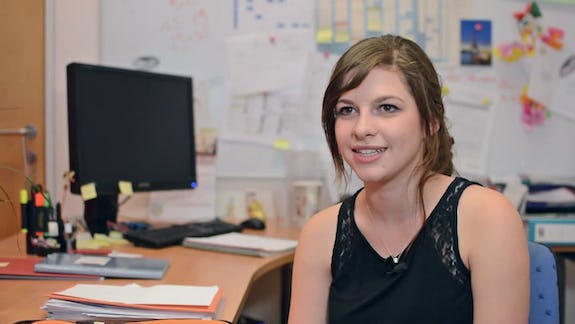 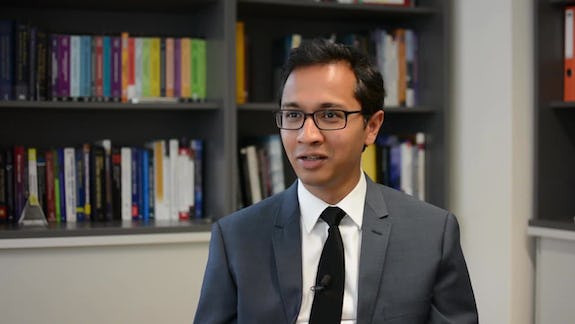 “The relative freedom to pressure research topics that I want and answer questions that I want. And the ability to be around students, young minds, who are the future.“ His working field as a University professor at the Universität Graz is business to business marketing. His daily tasks can be structured in three general components: Teaching, research and service. The biggest challenge in his everyday job? “Your mind is always on. That's probably one of the biggest challenges of being an academic.“ 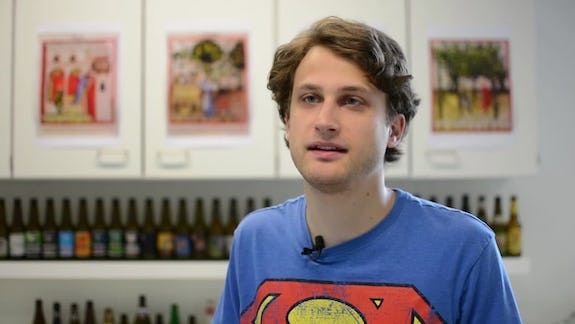 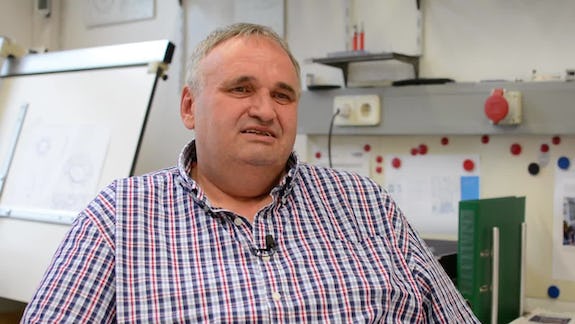 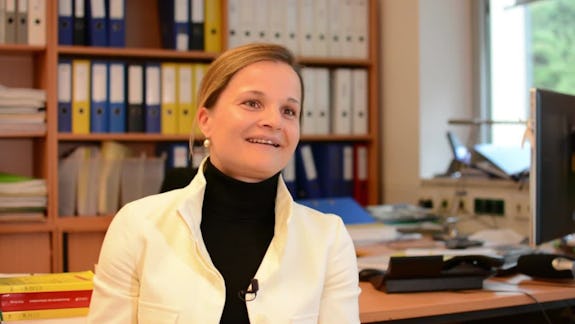 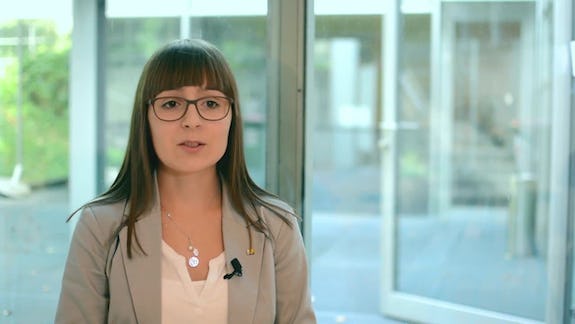 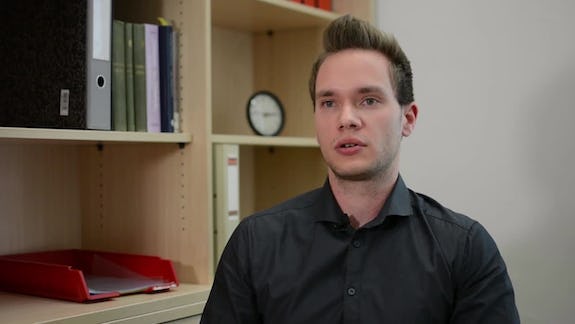